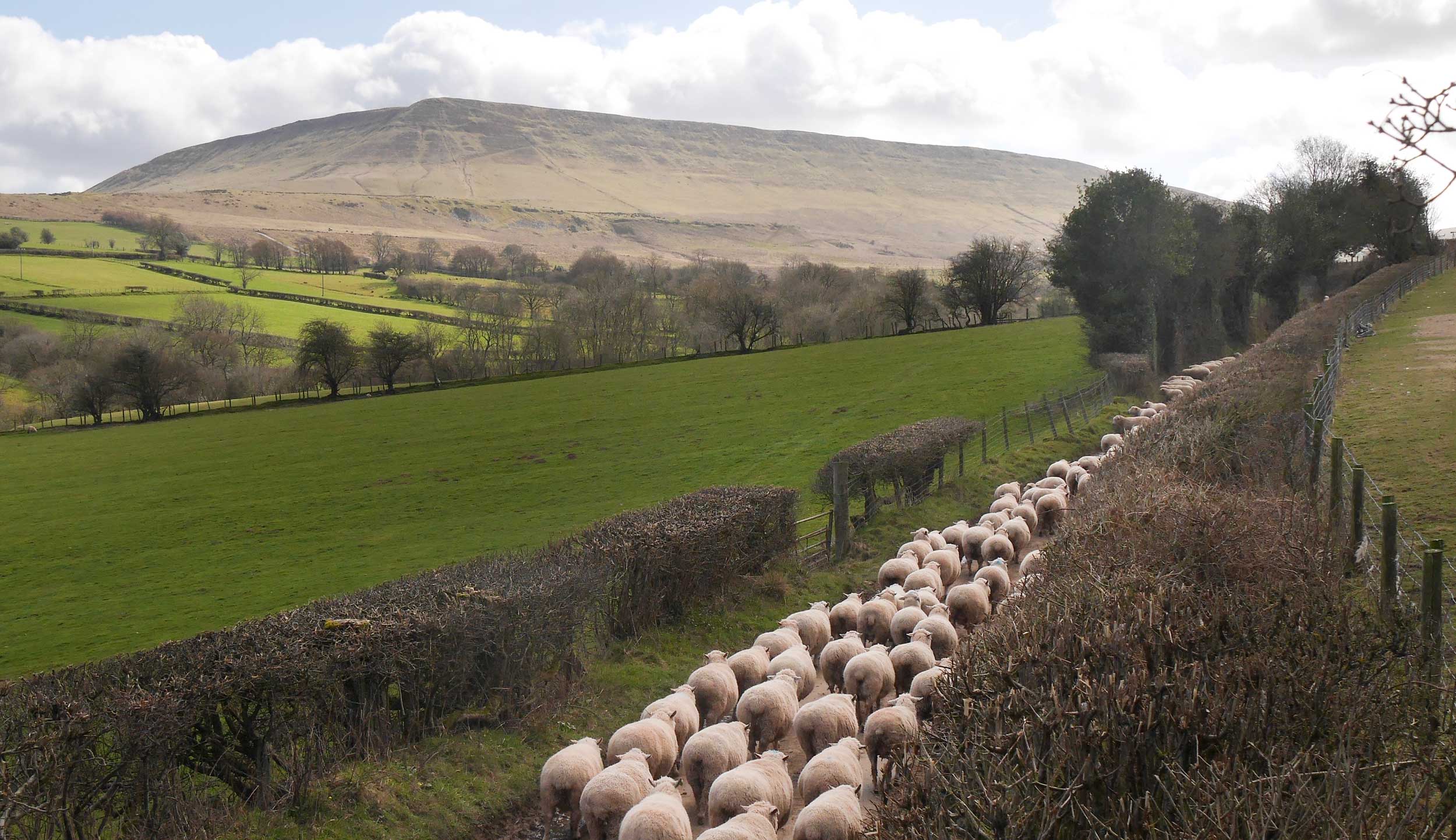 At the forefront of importing top quality New Zealand Romney breeding stock and genetics to the UK for over 30 years,

From the start, in 1986 we have put our Romney and Romtex sheep through a stringent breeding program to develop a  type of ewe with durability and performance qualities like no other maternal sheep.

Our aim is to help our clients build profitable and sustainable farm businesses through enhanced flock genetics that can increase their profit per acre and reduce their resource demand.

Hill Farm is the home of High Country Romneys – a family farm situated near Hay-on-Wye in the Black Mountains in Wales. We are an upland unit (1200 feet) running 600 recorded stud Romneys and RomTex ewes and 1000 commercial Romneys all on a forage only system. Run in partnership by Penny Chantler and sons Sam and Will Sawday the farm is split into a mixture of owned and rented land almost all of which classified as LFA. We grow a small amount of forage crops mainly for feeding to ewes in the second half of pregnancy, but other than that we only feed grass. 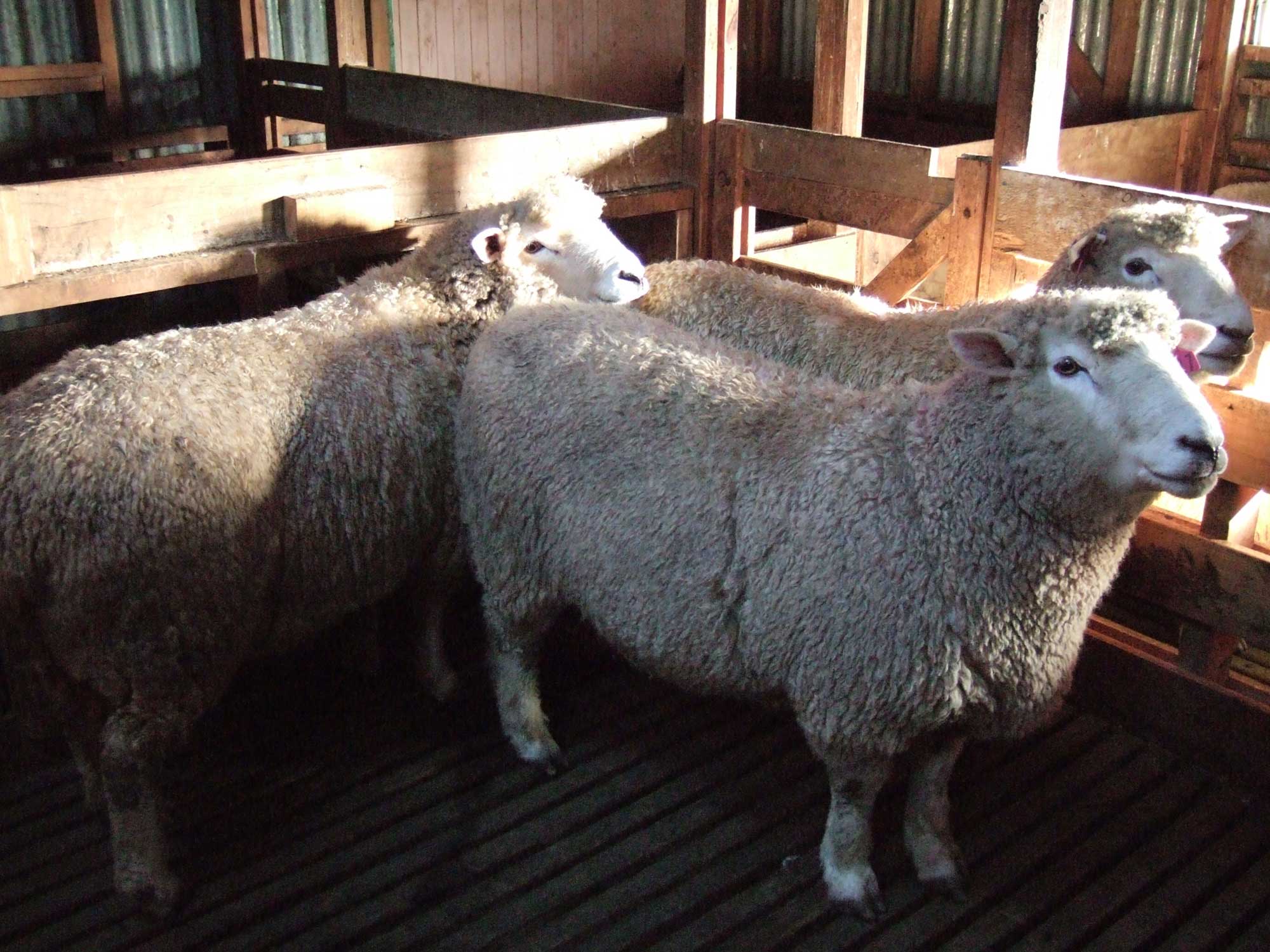 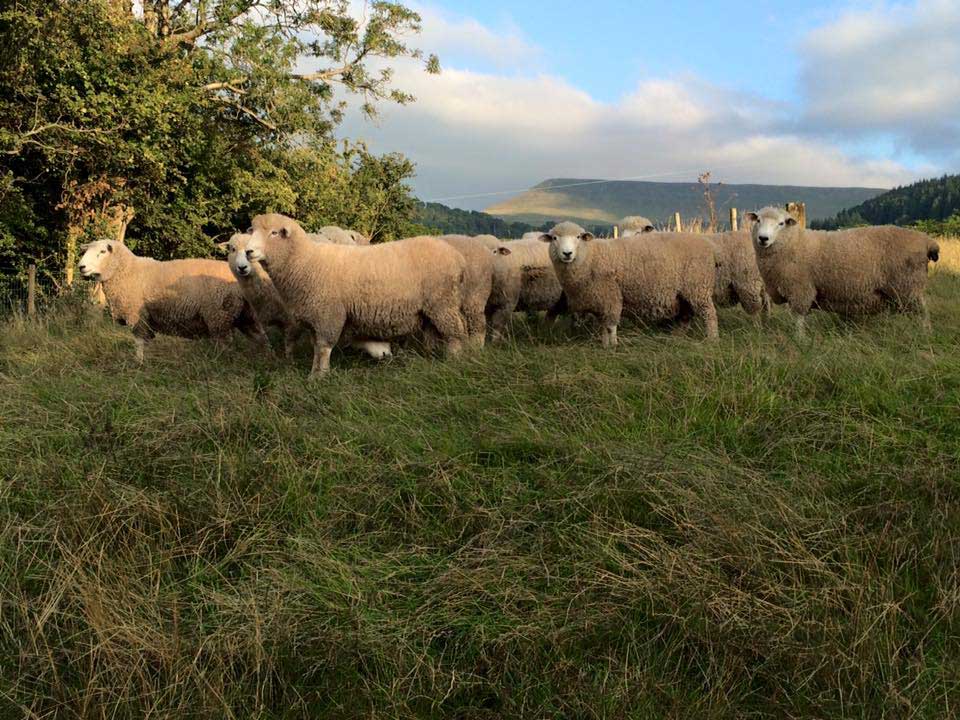 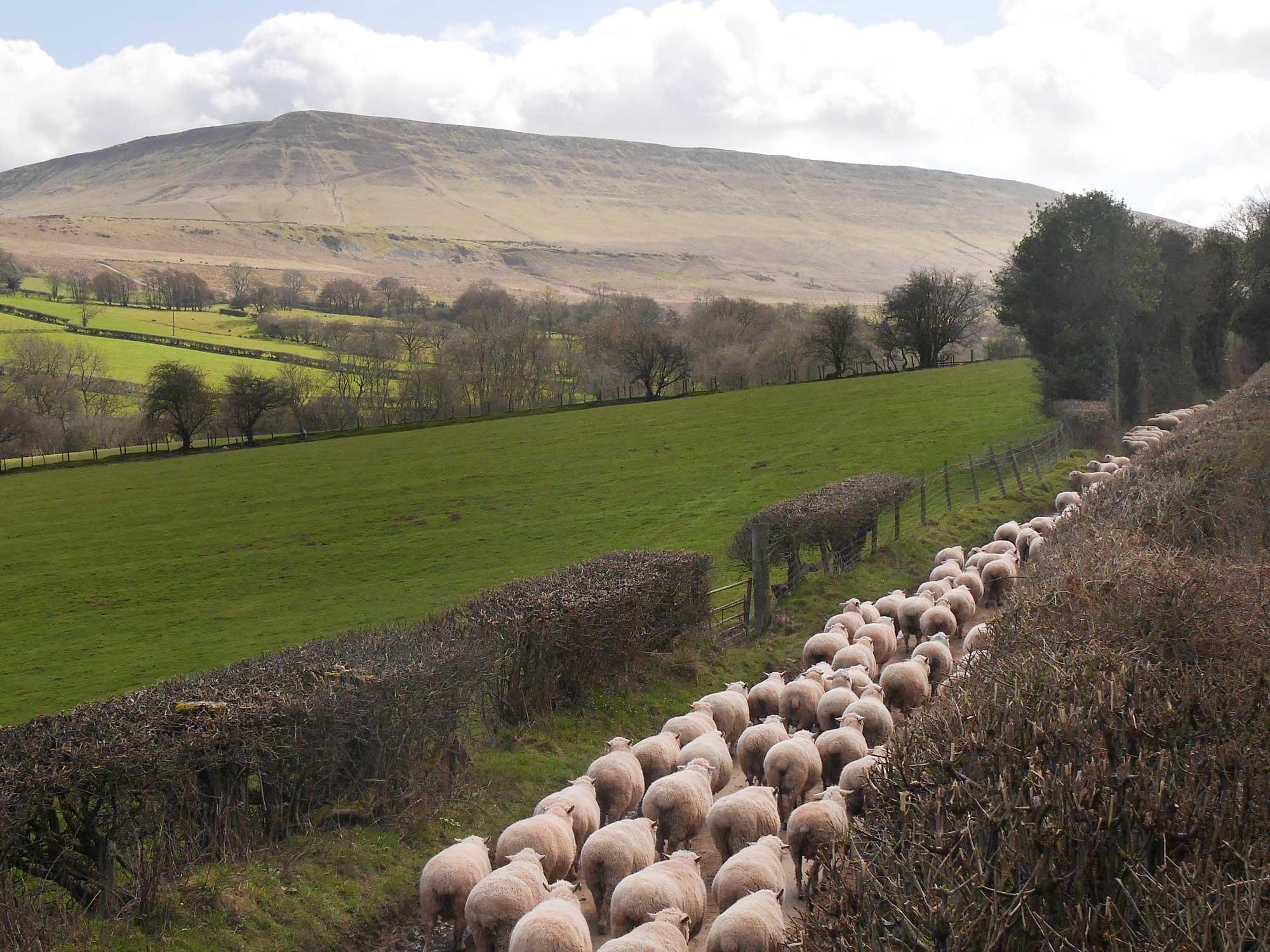 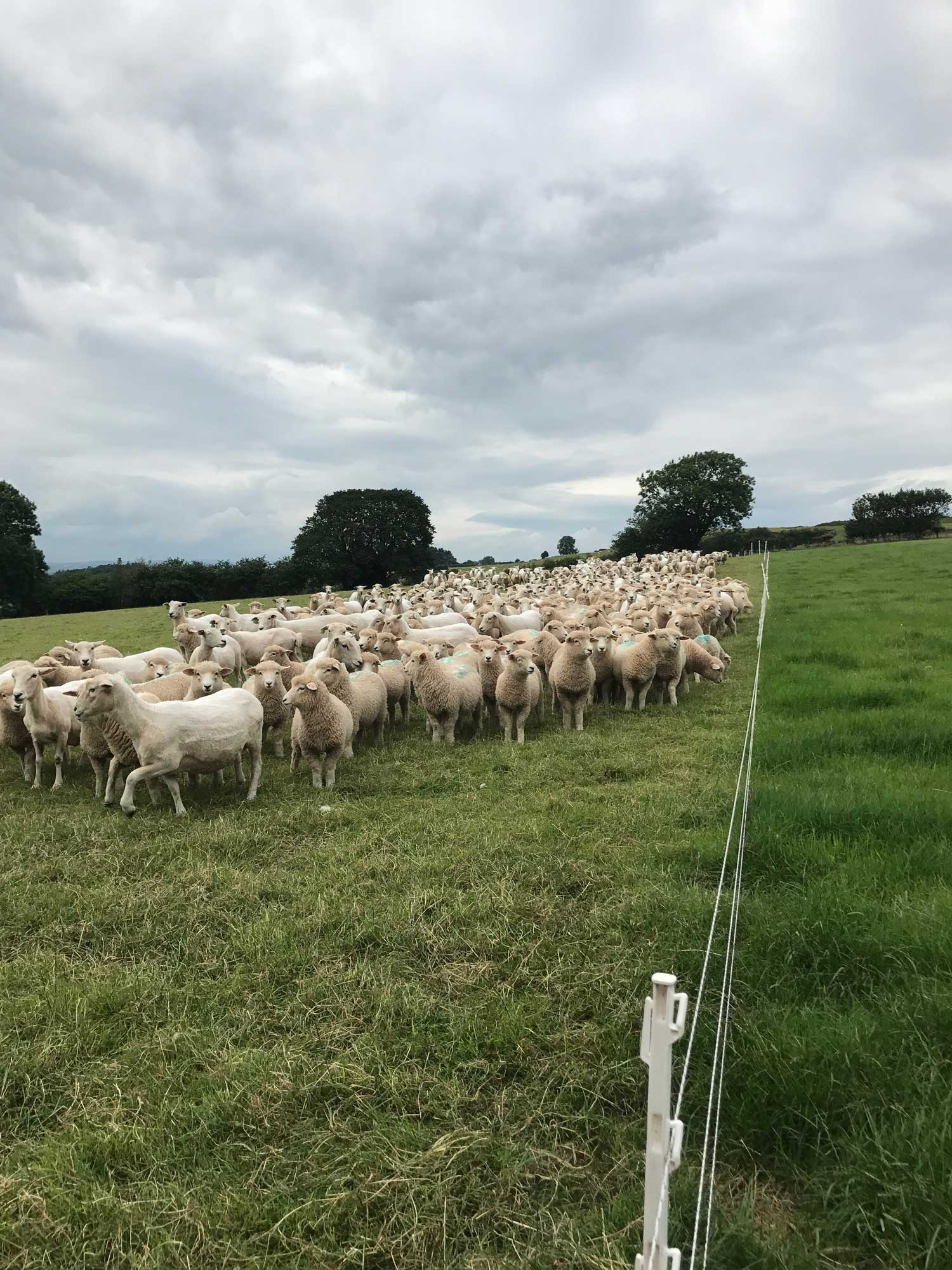 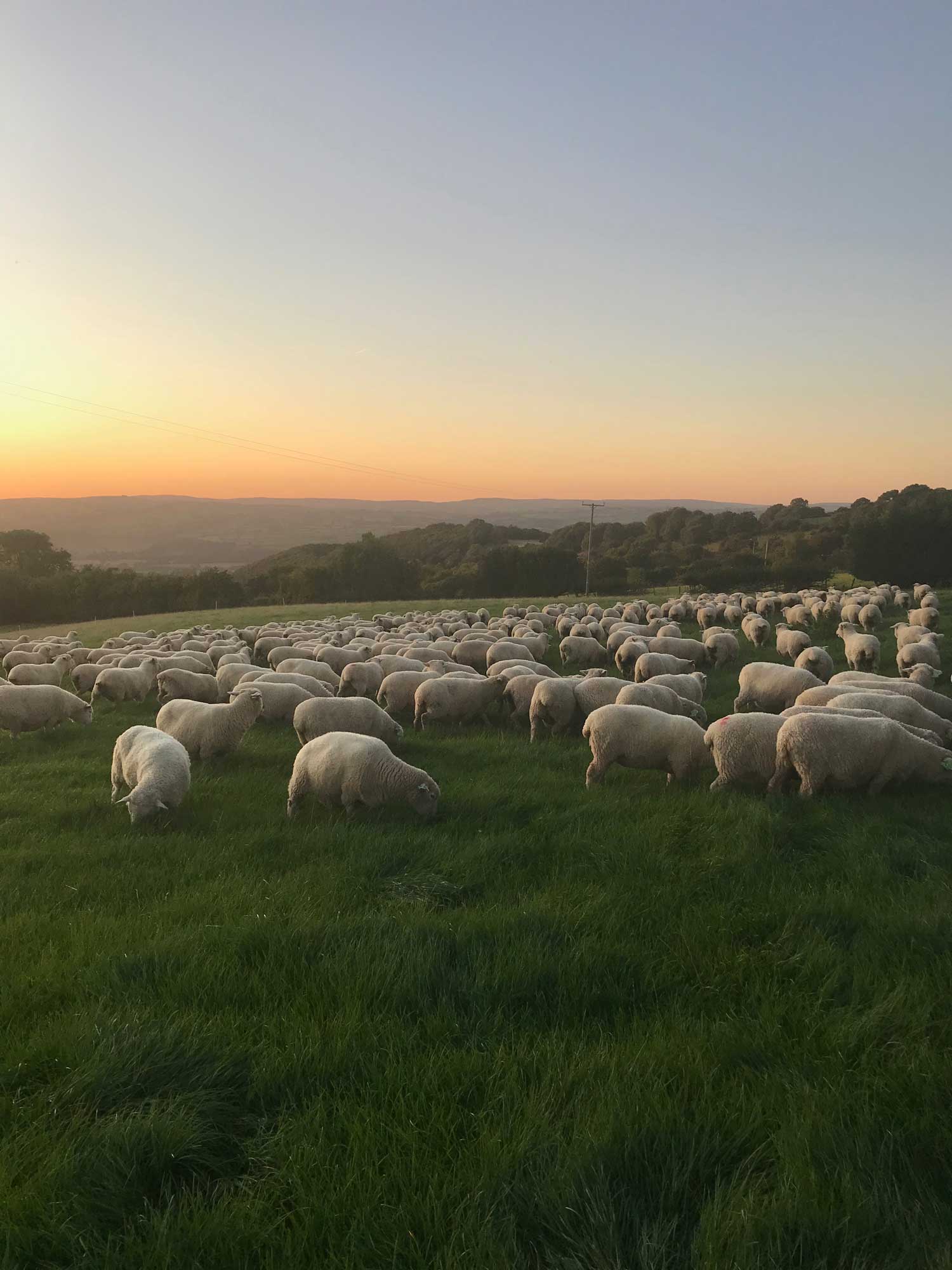 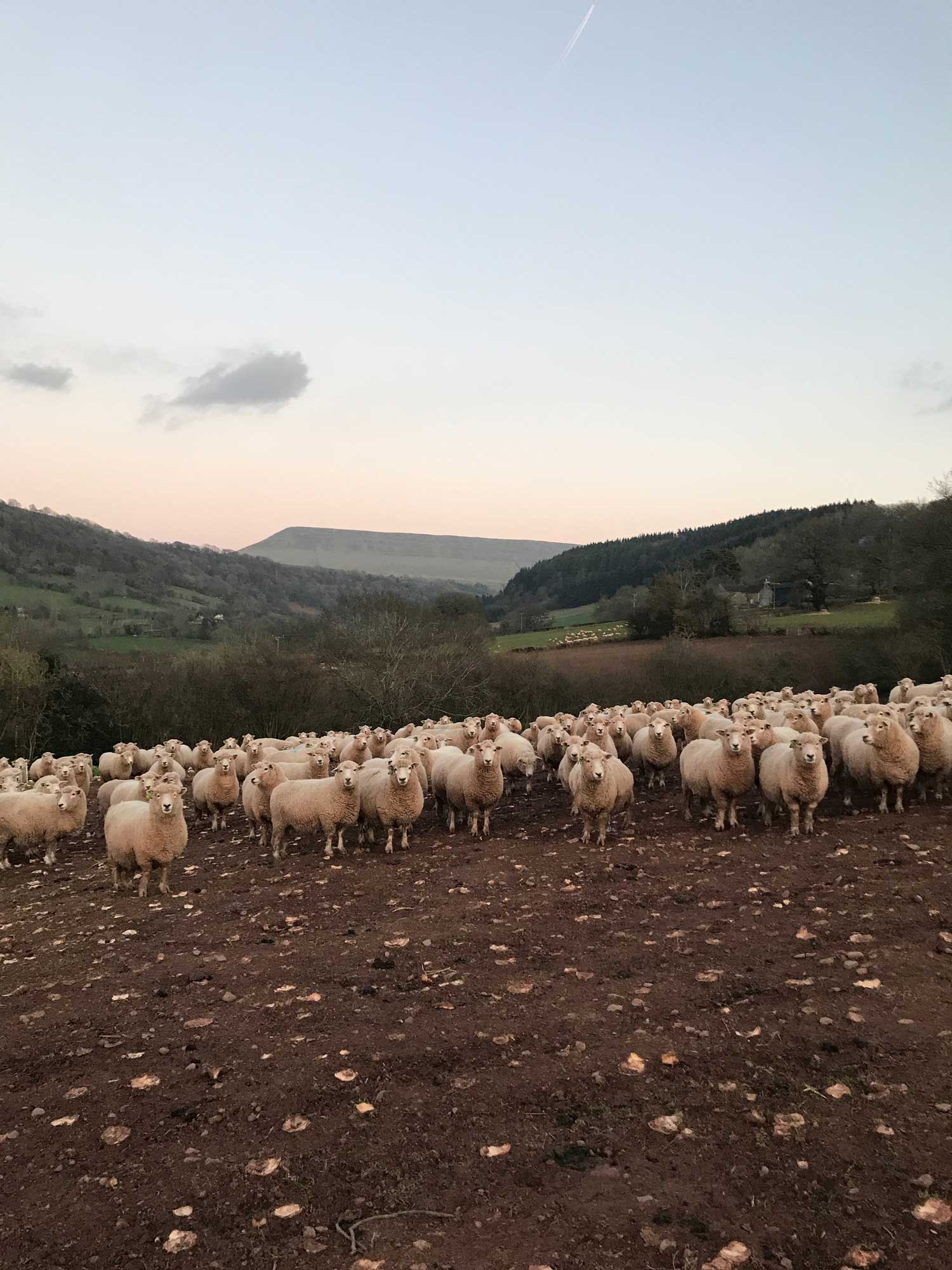 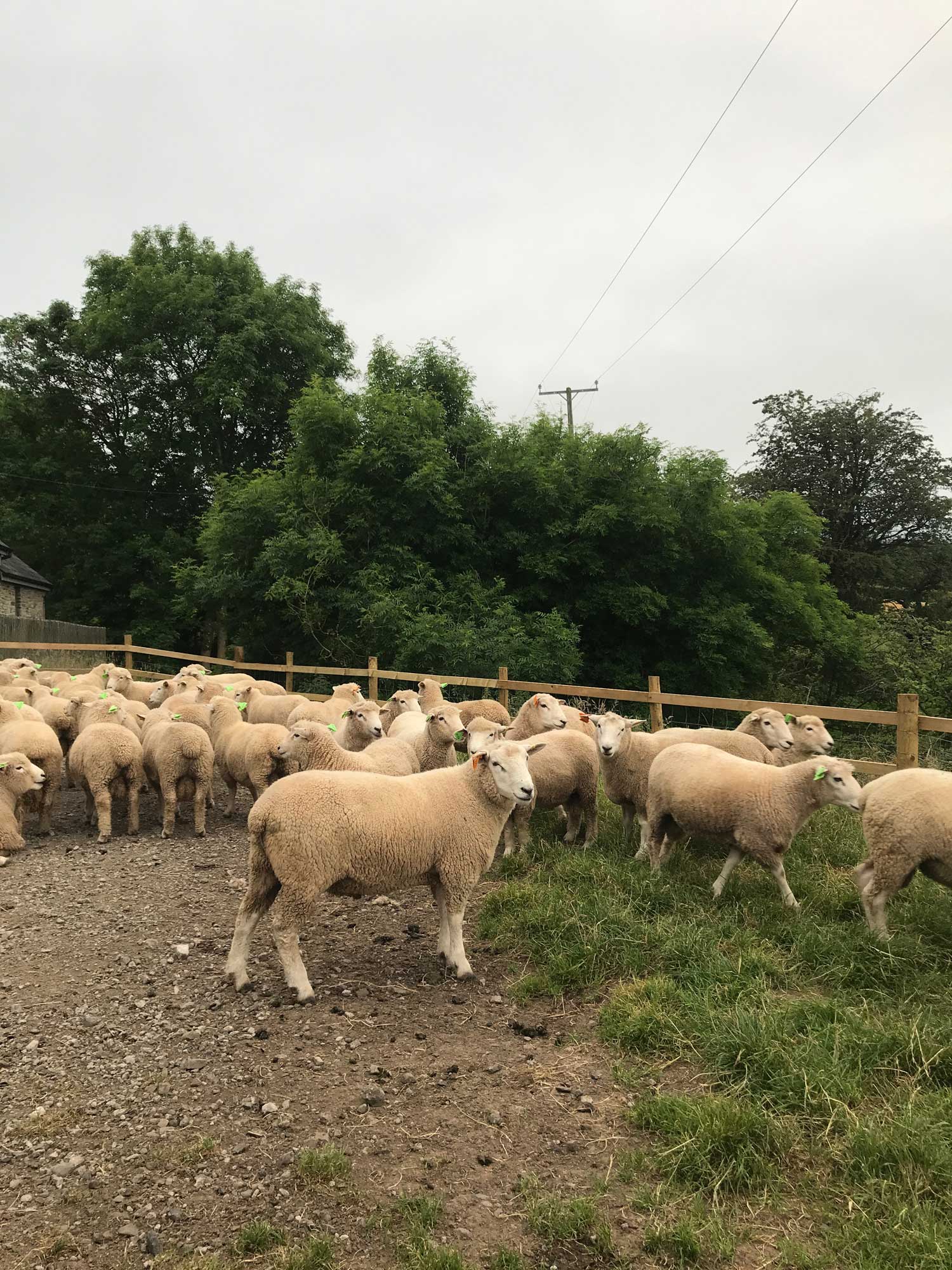 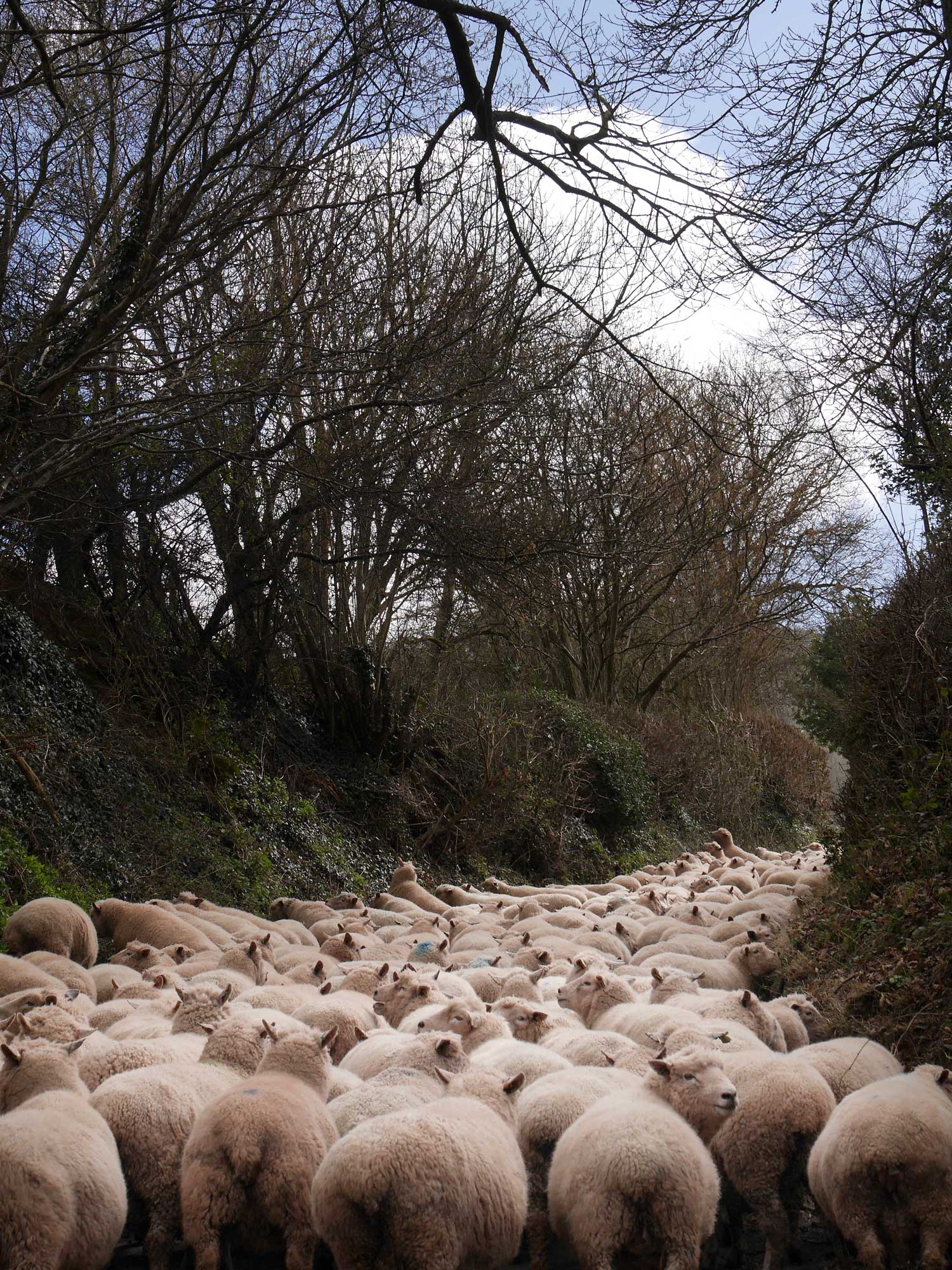 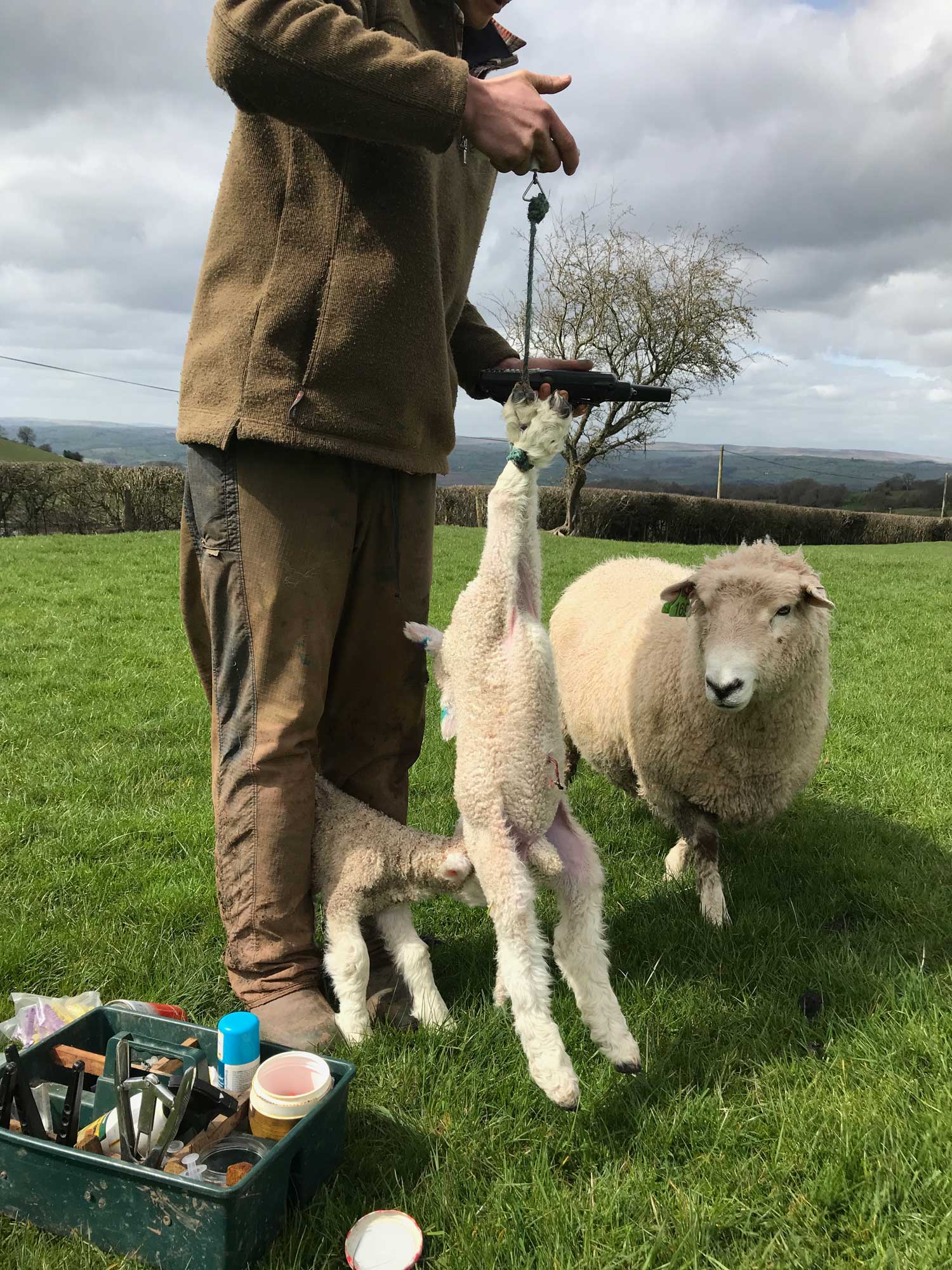 Superior genetics should be at the foundation of your farming system. Once you have the correct genetics established then flock management will be both easier and more effective.

The foundations to our flock success is through establishing a structured breed program that allows effective genetic improvement. And here is how we do it.

All of the above must be achieved on a grass based diet, with minimal intervention.

Every couple of years we take a trip to New Zealand with the purpose of bringing some rams back to the UK.

Being an independent flock we are able to cherry pick rams from some of the top performing flocks in NZ that share the same breeding goals as we do. This gives us much greater genetic diversity and more freedom to find rams that will deliver these goals.

We collect huge amount of data from our sheep to assess their performance allowing us to make more informed breeding decisions. We do this through EID software which enables us to identify high and low performers within the flock.

All of our stud sheep are performance recorded through SIL – New Zealand’s national sheep recording database. We place a heavy emphasis on EBV’s when selecting stock for replacements and for our rams. This is one of the main ways that our clients can be sure our flock is improving year on year and that our stock have the raw genetic potential to perform in any UK environment.

Just as important as selecting the top performers we are very keen to remove the low performers. Using EID and SIL EBVs we make sure that none slips through the net and if it offends then it’s sold.

A few examples of reasons to cull:

We listen to our clients in order to understand what sort of sheep they require for their farming system. We then build this into our program and our long term breeding goals.

We then constantly review the performance of the stock and set parameters each year to decide what to retain and what to cull is how we stay on track.

We also use our own rams within our commercial flock which gives us a further insight into how our genetics perform and thus influencing our breeding decisions in our stud flock.

High country Romneys have been selecting for worm resistance longer than any other flock in the UK and has put a large amount of selection pressure on this trait over the years. Lambs have individual fecal egg counts taken which then assigns them their worm resistance EBV’s. Animals with better FEC EBVs require less drenching and shed less worm eggs onto pastures.

As well as being a welfare concern, fly strike is a costly ailment to treat and to prevent. It is our aim to eliminate all preventative fly spraying in the future.

If a stud ewe gets fly then we will cull it. In addition, all stud sheep are dagg scored each year to quantify how daggy they are. This feeds into their Dagg score EBVs determines how predisposed to daggs they are. Using these principles we have already seen a reduction in fly cases in recent years.

We make sure our rams undergo a harsh selection process where they are picked for their superior performance qualities. We then further refine our Romney rams to eliminate any that fall short on our standards such as structural or health defects. This way our clients are assured of only top quality, full health, performance recorded Romney stock. 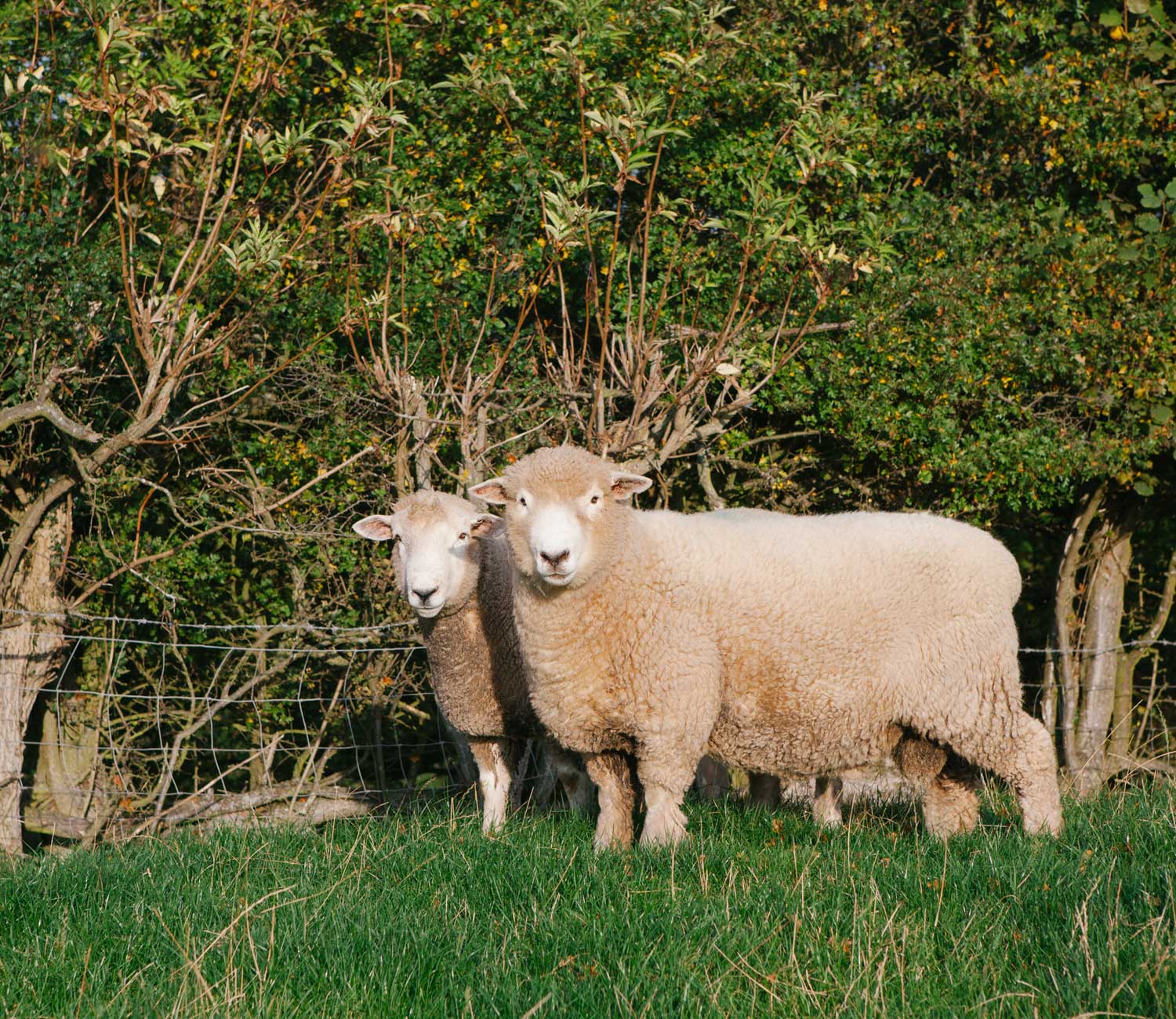 The original and the mainstay of our flock. These are the ultimate in low input maternal sheep. Proven to thrive in all UK condition they are highly efficient animals with proven worm resistance that are unbeatable on their performance off grass.

A composite of a Romney and a Texel, these are a maternal breed with similar breeding goals to the Romneys but with greater emphasis on terminal traits. This is an easy lambing breed that produces exceptional milking ewes that rear very fast-growing lambs that achieve better grades and killing out percentages.

Additionally, they have cleaner heads and legs making them more suited to liveweight trading. 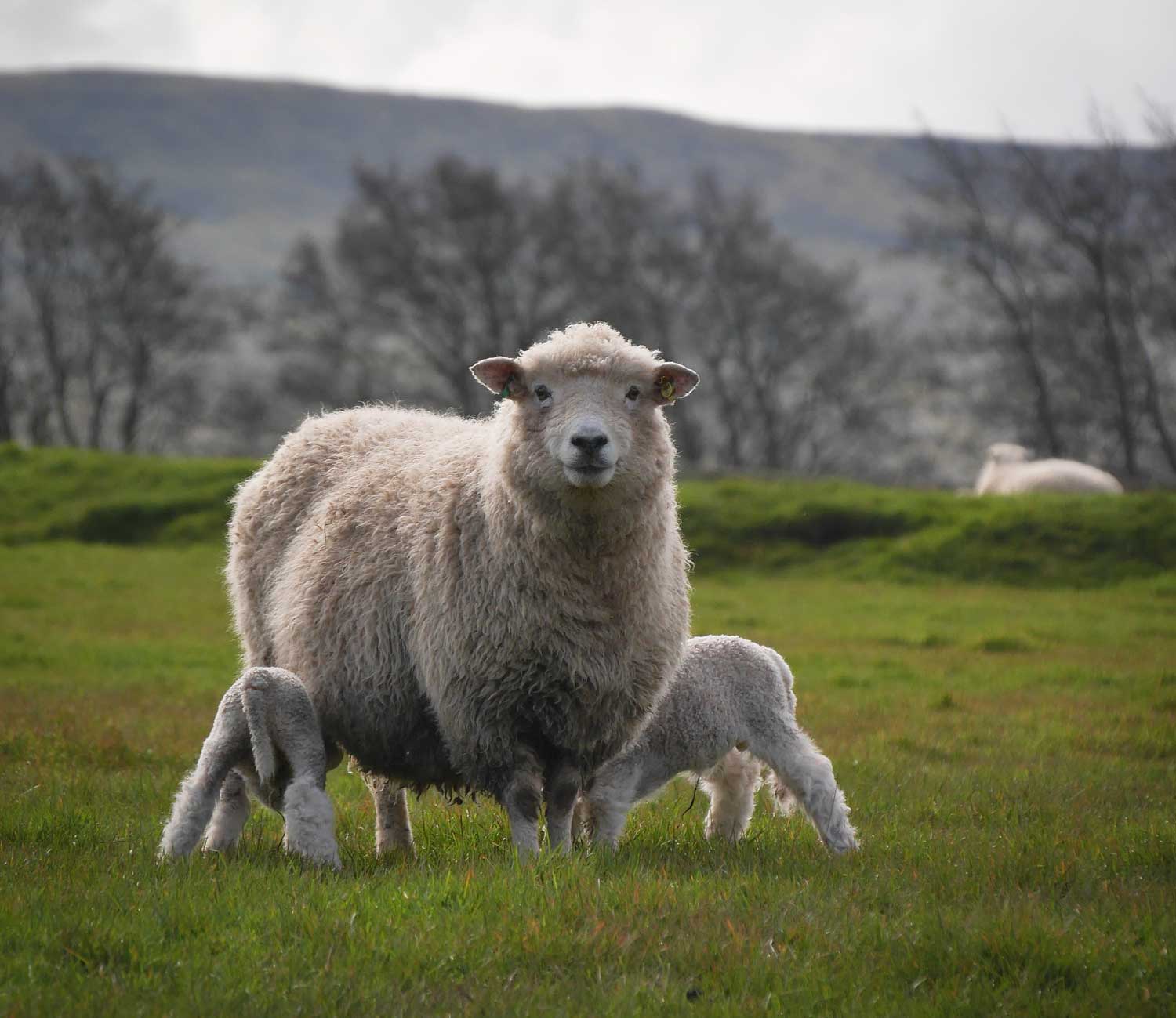 Each year we have a selection of draft ewes, shearling ewes and ewe lambs for sale. The available quantity vary every year so give us a ring to see how we can help you.

If you have any questions or would like some more information on our sheep then please ring or email us.

Additionally we can send you the list of rams we have for sale along with their performance figures in order to reserve rams or purely for interest prior to viewing them.